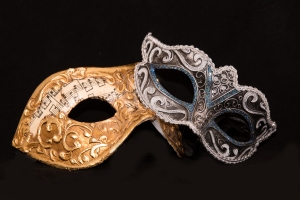 Hello, here’s what has been happening in the world of books. Hopefully these snippets of information will be useful/interesting. This whole writing/publishing venture is like a journey across a new country! There is lots to discover.

Hidden Faces is still selling, though as expected, sales have slowed down. I have sold about 60% of the books now (in 6 months, so I am meeting my sales targets). Most sales have been either to friends buying them from Amazon, or by direct sales – me attending fairs and bookclubs and speaking to various groups. Talking to other new authors, this seems to be normal.

Although I sell through Amazon, they do take nearly all of the profit (which means if I am to break even, I must sell every last copy). Shops that buy through a wholesaler (Waterstones and Foyles) take even more. I therefore decided I would sell my books through my own website. I can absorb the cost of UK posting (as it roughly equates what Amazon’s cut is) and I can also now sell internationally.

Initially, I was going to include my email details on my blog, so people could email their address and I could reply with payment details. However, a quick look online suggested this would mainly fill my inbox with spam, and I was better off making a ‘contact form’ on a post for people to use. I can’t process credit/debit cards, so I will have to ask people to pay by bank transfer or cheque. I also think most people might feel worried about never receiving the books, so I will ask for payment after they have received their copies. Of course, some dishonest people might then never pay. Or people might feel uncomfortable doing business with someone they don’t know. I will let you know what happens. If I have too many people who don’t pay, I will have to stop selling them privately. My new book, JOANNA, is due to be released at the end of March, so I have set up a preordering form too.

On the copyright page, it is usual to state that a copy of the book has been lodged with the British Library. I looked into this. Apparently, anything that is published in England, is legally supposed to be sent to the British Library. It’s an old law, and means that throughout history people can see the sorts of things that are published. It applies to all published material, whether or not it has an ISBN number (so I assume it also applies to things like school magazines – though I’m not entirely sure.) It certainly applies to books. If you publish a book, you are obliged to send the library a copy. The address is:

They are working on some kind of computer program, so in the near future we will be able to send a digital copy. But for now, you must send a paper copy.

There are a few other libraries (one is in Scotland, one is part of Cambridge University) which also have the legal right to request copies of your book, and you are obliged to send them one. However you only have to send them one if they actually request a copy.

As I said, JOANNA is now ready. We added the ISBN number and cover photo on the Nielsen’s website. This means it is listed as ‘published’ now, even though I don’t intend to sell any copies until the end of March. It also appears automatically on Amazon, Waterstones and Foyles online shops. (Note, this does not happen if you publish via Amazon Self-Publishing. This is because other shops view Amazon as a competitor, so will not stock their books. I’m not sure about other self-publishing services.) But I doubt anyone will order from there until I advertise it, (plus it costs them more) so I am hoping to preserve the launch date.

We now have to decide whether or not to also publish it as a Kindle book. Although I find it harder to sell Kindle copies ( you need to spend a lot of time networking on social media to build relationships with people who you don’t know, and I don’t really have time). However, some people tell me they only read ebooks. A few have still bought copies, but I realise they would prefer to read it on Kindle. But most Kindle books are cheaper, and I need to recoup my editing/typesetting/cover photograph costs. Will people be willing to pay as much for a Kindle copy as for a paperback, or will they see the Kindle book as ‘free’ to produce, and therefore think I am being greedy (rather than understanding that actually, it did cost me almost as much, as the printing costs are a tiny proportion of overall costs.) Difficult to know. Do let me know if you have an opinion, it will help me to decide.

Talking of Amazon, I was a bit shocked to see there are now three other sellers listed as selling Hidden Faces. They are selling secondhand copies for a cheaper price, which they keep reducing, so they appear before The Cobweb Press. This was unexpected. I have no idea if they actually have copies (they claim they are in stock). It’s a pain, because friends who look on Amazon for my book might not notice, and click the first seller that appears (rather than looking at ‘buyer options’ and looking for a ‘new’ copy). I don’t think there’s a way to avoid this, anyone can set up as a seller on Amazon. They cannot have new copies (because I own them all). I am suspicious they may have come from wholesalers. When you apply to a wholesaler, to ask them for a trading agreement (which you have to do if you want to sell through big shops) they ask you to send them a copy of the book. I guess they receive hundreds of books each week. They’re not going to bother to store those books, so I’m wondering if they sell them on to dealers. Or perhaps even have their own secondhand bookshop. I don’t know. I do wish though that I had written ‘Sample, not for resale’ somewhere in the book. It’s another reason for encouraging people to buy directly from me, as potentially I am losing money. Yet again, the big companies are making it almost impossible for the new indie publisher.

Of course, the main hindrance to managing to cover my costs is the number of people who lend books! You wouldn’t believe how many people bubble to me how much they have enjoyed Hidden Faces, they can’t wait to read the next one, it was really gripping and they have now lent it to their sister/neighbour/friend. Aaagh. I wish they had told other people about it and got me a few more sales, or written a review. But what can you do?

Thank you for reading. This is the link to preorder JOANNA: