Micah is a book which I have often heard quoted, though have never read from start to finish before. It was written about the same time as 1Kings, which is a history book, whereas this is a prophecy. It tells the people what will happen – that they will be taken into captivity – though it doesn’t say when. They were later taken captive by the Babylonians, and remained captives for much longer than they expected. There is also a snippet in Chapter 5, which foretells the birth of Jesus, and is often quoted (fairly randomly and out of context in my opinion!) at Christmas carol services.

However, for me, the most beautiful part of the book is chapter 6 and verse 8. This tells the people – and us – what God requires. Being a Christian, deciding to follow God, is not about rules or religion or rituals. Micah writes:

“He has told you, O man, what is good; and what does the LORD require of you but to do justice and to love kindness, and to walk humbly with your God?”

This should be our code of conduct. Not grabbing what we can from the world, but being fair; not judging other people, but being kind; not declaring that we understand the Bible and other people are wrong, but being humble and following where God leads us. I think this is a good principle to try and live by this year, as we take stock and look forwards. It reminds me of something my cousin recently shared on Facebook, which I felt says it all, really. I will share it with you (I don’t know who originally wrote it, so I can’t credit them).

If you are kind, people may accuse you of selfish, ulterior motive.
Be kind anyway,
If you are successful, you will win some unfaithful friends and some genuine enemies.
Succeed anyway.
If you are honest and sincere people may deceive you.
Be honest and sincere anyway.
What you spend years creating, others could destroy overnight.
Create anyway.
If you find serenity and happiness, some may be jealous.
Be happy anyway.
The good you do today, will often be forgotten.
Do good anyway.
Give the best and it will never be enough.
Give your best anyway.
In the final analysis, it is between you and God.
It was never between you and them anyway. 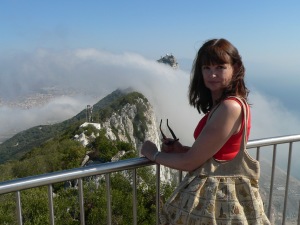