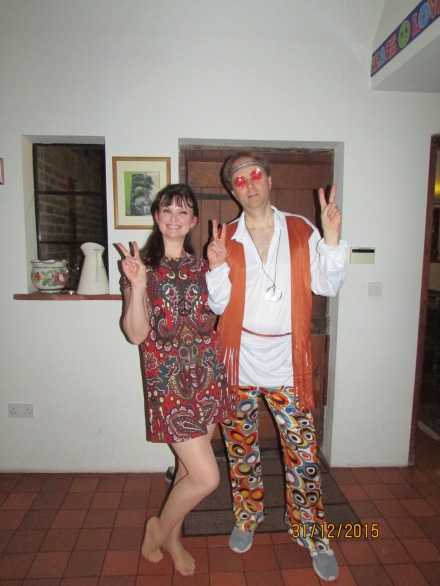 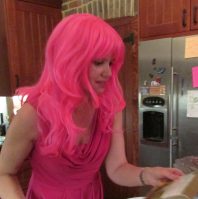 For as many years as I can remember (well, not really, but a lot!) we have hosted a party on New Year’s Eve. They are, if I’m honest, more Husband’s thing than mine, as I am basically a pretty unsociable person who likes to go to bed early; but marriage is all about give and take, and a fair helping of compromise, and these are my compromise.

Year after year, I have watched my house being rearranged, he has forced/encouraged our friends and family to dress in a variety of costumes, and then everyone has arrived, people have drunk and snacked and danced and generally had a happy time. Usually our children – now all grown up – have joined us and, as they seem to have more than an even proportion of Husband’s genes, they’ve helped and encouraged and been party to the party, year after year, and so have their friends. We have all dressed in pink, been toys, or sixties icons. And it has, I am forced to admit, been mainly fun.

However, last year, we realised that most of the ‘younger’ generation would probably not be attending (because they have all moved out) and the rest of us were dwindling in party enthusiasm (not Husband, it should be noted) so Husband announced that last year would be our last party.

Then, as 2018 progressed, the mood began to change. We began to discuss what we should do instead. I suggested that something small and low effort, like a meal with our friends in a pub would be nice. This evolved into a meal at Husband’s favourite Indian (aptly named Bollywood) followed by everyone coming home for drinks and cigars until midnight. There were a few tense conversations (which my son calls arguments) when we discussed (argued) about whether the “small group of friends meeting for dinner and then coming back afterwards” (my idea) was the same as “a dinner with lots of people at Bollywood, followed by a party at our house” (Husband’s idea) were the same thing. It became named the “non-party”, although I had a sinking feeling that actually, it was a party by another name.

Christmas came and went, and unlike previous years, I did not order masses of food ready for new year’s eve, because we weren’t having a party. Then the day itself arrived, and the mood changed. I began to see furniture moving around (something I hate) and lights being installed. All for our “non-party”. Then Husband asked me what I thought of his ‘disco lighting’ in the dining room, in case people wanted to dance, and I wondered how to tell him that I thought it would trigger epileptic fits.

I went to the fridge, to find all the contents removed, and replaced with bottles of drink, and lemons, and the flavours for cocktails – even though we weren’t having a party. A variety of ‘mood lights’ had been set up (so I put torches in strategic places for our friends who find it difficult to see unless the light is bright). All the candles in the house were placed on window sills, and the dog bed was moved into the utility room, with the dog and the cat, and all the muddy boots.

Eventually, it was time to leave. We met in Bollywood (Indian restaurant—remember?) and ate and chatted and laughed; and then we came home, for our non-party, and chatted and laughed some more. And it was lovely, and eventually I will find all the items that Husband moved to make the house tidy, and no one had an epileptic fit, and I might decide to keep the fridge stocked with alcohol rather than food.

So, all that remains is for me to wish you a very happy 2019, and to thank you, so very much, for continuing to read my blog.

Anne E. Thompson writes a weekly blog. You can sign up to follow it at:
anneethompson.com
Anne has written several novels, which you can find in bookshops and online.
Thank you for reading.

One thought on “The “Non-Party””