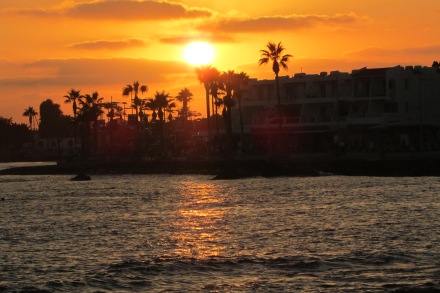 What did Jesus say on the cross?

I learnt something interesting recently. I think I am slightly behind the curve, and maybe you knew this already—when Jesus was dying on the cross, he was probably reciting Psalm 22.

I knew that the psalm links to the crucifixion, as it seems to describe exactly how Jesus would be feeling, and some of the actions listed (like gambling to see who would win his clothes) actually happened at the time. I have always thought it was a poem, written about 600 years earlier, to describe how Jesus felt (because God can write things before they happen). But it had never occurred to me that Jesus, in his darkest time, would have recited it.

I learnt about it in a Greek lesson, because the words of Jesus on the cross were recorded by the gospel writers. But here’s the thing: the gospels were written in Greek, and each writer added their own slant. So in the synoptics (Matthew, Mark, Luke) they want to show how Jesus suffered on the cross and so they recite (but in Greek):

However, when John wrote his book, he wanted to show how everything about Jesus’ life was planned by God, and the crucifixion was part of that plan, and so he quotes the end of Jesus’ words:

As I said, John was writing in Greek, and in Greek they are able to write in tense that shows something has happened in the past—but the consequences have not finished, it is on-going. In English we can do this with certain words, so if we say: “I became a vegetarian a year ago” it can be assumed we are still a vegetarian now (but not necessarily, because English doesn’t have the same clever tenses that Greek does).

John used this tense when he wrote the final words of Jesus. It was finished, in the past, but the consequences will continue.

Of course, Jesus wouldn’t have recited the Psalm in Greek, he spoke Hebrew/Aramaic. I don’t know enough Hebrew yet to tell you whether they have the same clever tenses that Koine Greek does, so I only know that he probably recited Psalm 22 when he was on the cross.

Does this knowledge make a difference?

Well, the stuff about the gospel writers using Greek to give an angle on what was said is interesting, but probably doesn’t affect me overly. But the idea that Jesus quoted scripture at his most difficult time makes me think that perhaps this is something I should aspire to do. If Jesus came to give us an example of how to live, maybe when life is hard for me, I should also recite scripture—perhaps it would comfort me and help me to focus on better things than the horrible situation I am coping with. I will probably never suffer anything on the same scale as being crucified, but everyone has dark times, don’t they? We all feel overwhelmed sometimes.

Of course, I can only recite scripture if I have previously learnt it. Which is not something that’s very fashionable these days. Perhaps it should be. I think I will try.

Psalm 22 is very long, so I won’t start with that one. I think it might be a good one to learn next year—perhaps as a discipline for Lent. Do you want to join me? We could learn a few lines every day, and by Easter we will know the whole Psalm. I will divide the Psalm into segments and post them on my blog (I can predate things now, so next year they will arrive in emails to my followers). It will be good for our brains if nothing else!

For now, I will try to learn Psalm 1 (because it’s short). It would be good for me to learn it in Hebrew, as that’s my current challenge—I will let you know how I get on.

Thanks for reading. I hope you find some interesting challenges this week.