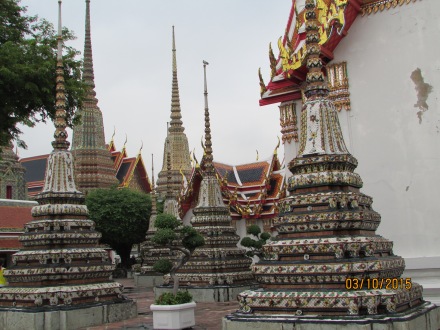 I went to Bangkok for a couple of days. Husband was working there, so I decided to tag along.

We arrived Thursday night, COMPLETELY exhausted. It was a bad moment, 10 hours into the flight to Singapore, when I thought, “Ah, two more hours and we’ll be there and I can get to the hotel and sleep…” then realised that we weren’t doing that and we were catching another flight after we landed. Felt awful. I was flying premium economy (on airmiles – which is why I went via Singapore, direct flights get booked up) so the seat wasn’t tiny but it was so noisy. Didn’t sleep at all.

Then the lady next to me fell asleep and I needed the loo but didn’t like to wake her. I figured the arm rests were pretty wide, I could stand on them and climb over her without waking her. I had forgotten that I was near the front of the plane and about 100 people would be watching me. Embarrassing.

Anyway, flight to Bangkok (2 hours) seemed completely insignificant, more like a taxi ride. Going through customs was okay but long.

There was a sign at passport control, telling people that Thailand is a Buddhist country and the things that are disrespectful/illegal (like wearing a tee shirt with a picture of Buddha on it, buying a Buddha head, having a tattoo of Buddha.) I thought it was a good idea – it’s easy to cause offence by mistake.  Decided at that point to not get the tattoo after all, I know you’ll be disappointed but I didn’t want to offend anyone.

Hotel is lovely. Quite plain, but very clean and luxurious. We had a nap for a couple of hours, then went for a walk. It reminds me a lot of Xian, lots of people being busy, quite a dirty place but with an ‘honest’ feel to it – nothing pretentious. By the time we went to dinner, I had got over the long journey and had decided it WAS worth coming.    Dinner was nice, just ate normal food in hotel restaurant – too tired to be adventurous.

Went to bed about 8pm, slept really well for two hours, rest of the night bit of a struggle. (I think we are 7 hours ahead of UK time.)

Saturday we got a taxi to a floating market (two hours out of Bangkok.) It was really interesting, so glad it didn’t rain. There were lots of stalls around the edge of the river. If you showed any interest in anything, they put out a hook and towed your boat in! There were also floating stalls and boats selling snacks. Not sure how they managed to deep fry dumplings on a boat, but they did!

Went to Wat Pho, the oldest and biggest temple in Bangkok. I expect if you had not recently been around several other temples, it would be rather spectacular. I’m afraid it just felt like ‘another museum’ for me. The art was amazing but I am a bit beyond being amazed by temple art now.

Sunday, early trip to airport. Seems like I arrived a week ago. I like Bangkok. The people were all friendly and smiled a lot and I felt very safe walking around on my own. I probably wouldn’t feel so comfortable with young children – you did have to be aware all the time. (I was nearly run over by a motorbike at one point. I was on the path and he came up behind me to avoid the traffic. He smiled and called “sorry, sorry” so I didn’t really mind, but I was glad I wasn’t walking with a child.) 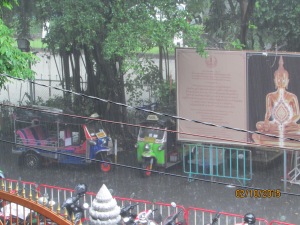 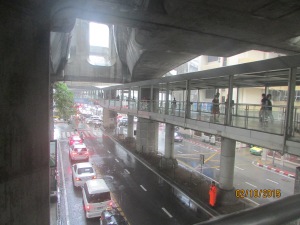 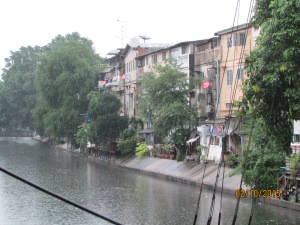 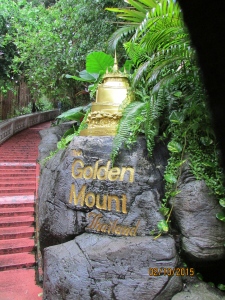 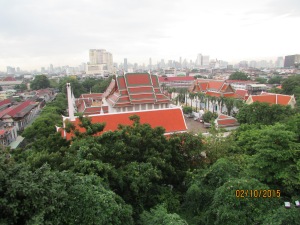 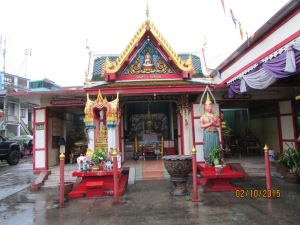 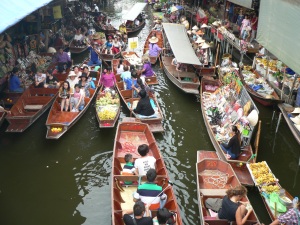 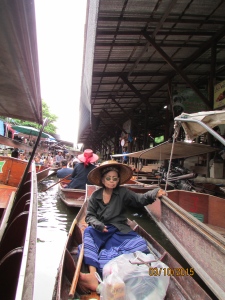 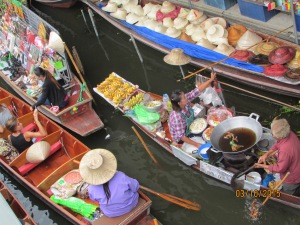 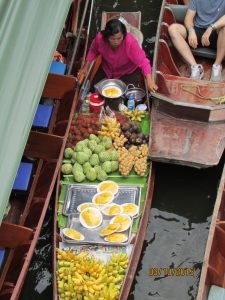 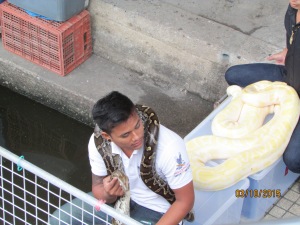 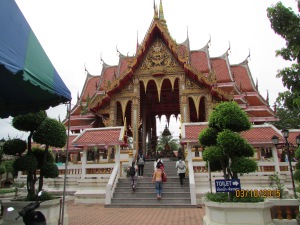 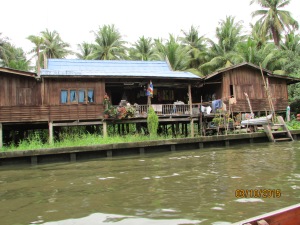 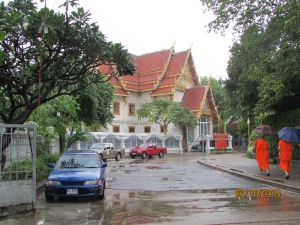 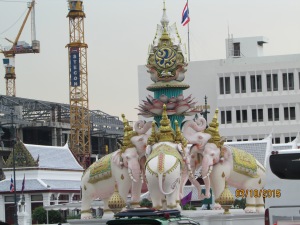 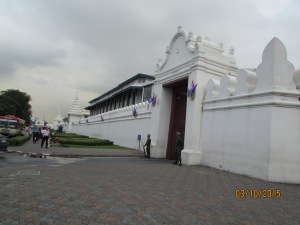 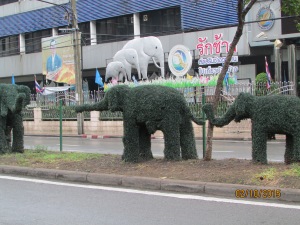 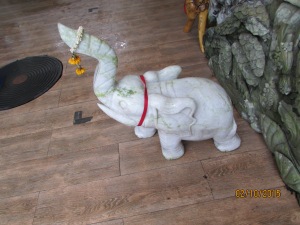 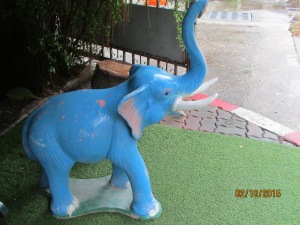