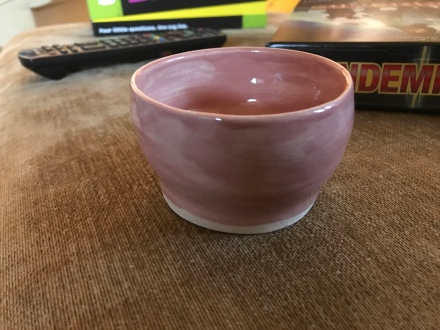 Hello and I hope you had a good Christmas. Ours was fabulous—but that probably doesn’t make for exciting reading, so instead I’ll tell you about the disasters (always much more fun to read about other people’s mishaps than their successes). They will help me to make some resolutions for 2020.

This year, Husband who has more time, offered to help write the Christmas cards. Great! I thought. Writing Christmas cards is one of those jobs which takes ages and is never fun but simply has to be done, and usually I write all the cards, for all our friends and family, on my own. I handed Husband the address book and cards, and made myself a cup of tea.

Several hours later, I was aware that the cards had not been touched. Husband had been designing a ‘system’. It was a complicated chart of names—the names of our joint friends, his family, and his friends. It was our new list, and he hadn’t included anyone who he didn’t know, on the assumption they were past friends from my childhood and no longer in contact with. The system was way more complicated than simply going through the address book. By the end of the evening, he had written seven cards. Seven.

The following day, I attempted to follow complicated system and write the rest of the cards. Apologies if you didn’t receive one this year. Next year I will do them all myself, using the address book. 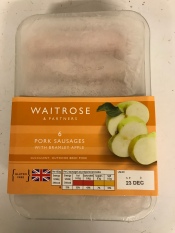 The week before Christmas, my Christmas order from Waitrose arrived. I chose Waitrose because I was too late to get a slot with Ocado or Sainsburys. The only available slot with Waitrose was the 20th December, which was a bit too early, but I thought it would be okay. However, when the order arrived, many of the dates on the food were ‘use-by’ 22/23rd December. That’s rubbish! Waitrose knew it was a Christmas order, because it was listed as such on their website, and they informed me when I placed it that because it was a Christmas order, I wouldn’t be able to alter anything. I wrote them a snotty email, and went to Morrisons. Morrisons had lots of food dated 26th onwards (this was the same day:20th December). I sent photos to Waitrose.

Waitrose replied to apologise (excellent). They refunded me for the goods photographed (but didn’t check to find out if other products were out of date, which they were–I had only sent sample photos). They also explained that their policy is to send products with a ‘use-by’ date of a couple of days beyond the delivery date. In other words, if you have an early slot for your Christmas order, it is Waitrose policy to send food that may be out of date before Christmas Day! Gosh, I didn’t expect that!

I complained again on their online survey. They sent me a £10 gift card. Better than nothing. Next year, I will order my Christmas groceries on time, from a different shop.

I will also order less bread. (I have a freezer FULL of bread! What was I thinking?)

One of the very best things about my Christmas was Christmas Eve, when we always open our ‘stockings’. Everyone buys a few gifts for everyone else, often joke gifts, and we sit round and open them. This year there were socks with a girlfriend’s face on them, and I found some of those excellent Ladybird books of ‘Brexit’ and ‘The brother’, and there were bath ducks shaped like Donald Trump, and lots of chocolate and laughing. Bea has pottery classes, and so there were various pots in the stockings. Some had explanatory notes attached. It was lovely, my family at it’s rudest, funny, generous, best.

I hope your Christmas disasters were as tiny, and that you had a lovely time. Thank you for reading my blog, and have a very happy 2020.