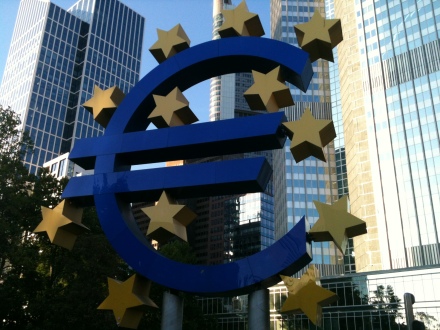 What will happen to the euro in the light of the Greek crisis? Does it have a long term future or will it disintegrate?

I have no real opinion on this. So I listened in on a debate between two of my sources: an economist and a city worker. We will call them T (Tomato Source) and B (Brown Source). The words in italics are mine – either questions, or explanations of some of the terms used.

Do you think the euro will survive for much longer?

T: No, because Germany will soon start to want it’s own monetary policy. At the moment, the eurozone has a monetary policy but Germany will decide it needs it’s own one soon. At present, if say Greece, France, Italy have slow economies, they will want to lower interest rates across the euro zone. Germany would have to comply with this, even if their own economy is over heating. (If you cannot remember what this means, read the article on interest rates published 11-7-15)

The bigger point though is the opposite of this. When Germany wants to lower interest rates to increase consumption but most other economies are over heating. Then they will ‘stagflate.’ (This is not a form of indigestion, it means the economy is not growing but inflation is. It’s bad.)

B: I don’t agree. The currency wont inflate because it will always be balanced by those other economies. True, if Greece now had the drachma, it could use different techniques to the rest of the eurozone to sort out its economy. However, the USA works because it is centrally run. (Central government decides on tax, government borrowing etc for the whole country. Individual states decide on only some financial points.) A new ‘United States of Europe’ would work financially but all the countries would need to agree to be centrally run.

T: At present, if France, has a fast growing economy, they cannot lower interest rates unless all the eurozone agree. All they can do is change their fiscal policy. Classical economists think this cannot work.

Fiscal policy is what the government spends and what it sets taxes at. In the eurozone, the other measures to control the economy, like interest rates and the number of euros in circulation, are all agreed centrally. So, Greece could not decide to just print more euros when it ran out of money. Germany cannot decide to lower its own interest rates.

B: California is as big as a eurozone country and central policy works for them. Detroit went bust recently, but it works because they have more central control. The eurozone would work if they decided tax and government borrowing centrally, if it became a full union, like the USA. However, the citizens of the countries, the people who get to vote for governments, have never wanted this, they want the control to remain in the individual countries. This is why they have a sort of ‘half way house’, despite the theorists wanting a full union. That halfway situation is why it went wrong. They have now centralised the regulation and insurance of banks. This was an important step. The central bank (called the ECB) now controls all the domestic banks in all the eurozone countries.

So why weren’t the Greek banks protected? Haven’t they just gone bust?

B: It doesn’t stop them going bust. The insurance just protects the deposit, the money of the general public.

T: Another big problem is, monetary policy is effectively free, but it takes a long time to take effect. We’re in a recession. If I want to encourage people to spend more (and speed up the economy) I will lower interest rates. But that takes a long time to be effective. So the public feels its not effective at all (people tend to be impatient. Especially when their money is involved.)

Whether or not fiscal policy works depends on two different things. It depends on:
1)the size of the multiplier effect
2)the scale of the crowding out

Hmm, complicated terms! Economists love to use fancy phrases. We need to know what each of them means.

That same money keeps multiplying the increase to their GDP (I am getting a hint as to how they chose that name now.) In fact, that original injection of £5,000 (from the government to the builder) increases GDP by £20,000.

We used China as an example because in China, no one saves much, no one buys many imports (most things are ‘made in China’) and no one pays much tax. So, the ‘multiplier’ is much higher than somewhere like Belgium. Therefore, government spending in China is very effective.

Now let’s look at ‘crowding out’. Pretend a government wants to build that same bridge and to raise the money to do so, it sells government bonds. These are in effect a way the government can borrow with interest. It borrows from banks and individuals (perhaps through National Savings Bonds) for a set period and then pays it back with interest.

That money, when it is lent to the government, stops circulating, which slows the economy. (If I put £100 in Savings Bonds, then I am not using it to buy a new tele.) This is called ‘crowding out’.

So, the ‘multiplier effect’ is the inverse of ‘crowding out’. (I wanted to write that it was the “opposite” of crowding out – because to my mind it is – but both my sources inform me that strictly that is not true, so we will stick with “inverse” knowing that for normal people that means “opposite”.) Whether or not fiscal policy works depends on which one – multiplier or crowding – is the most dominant

T: Therefore, fiscal policy will be less effective in places like Germany and France than somewhere like Poland. (Remember ‘fiscal policy’ is government spending and taxes.) So, even if the whole eurozone economy is slow, countries within the zone will disagree on how to speed it up, because fiscal policy will work better for some but not others. This is due to the diversity of countries within the eurozone. If they were all like France and Germany, then a central policy would be much more likely to be possible.

B: I don’t agree. In the USA, states have huge economic differences and yet a central policy works there.

T: That is because the culture across the states is broadly the same, the amount of stuff they import, the amount of tax they pay does not vary much between states. This allows a central policy.

B: Actually, I think it is because of central policy that they are similar. If all the countries across the eurozone accepted centralised government borrowing and taxation, then the euro would work. The Greek problem would probably never have happened.

Politically, this is very unlikely to happen.

So, can the euro continue?

B: The trouble is, politicians need to be popular to get votes. Democracy means that they are pressurised into continually borrowing as much as possible, so that life is good for the current population. They borrow from the future to keep voters happy today.

This causes the temptation to behave rashly, to alleviate hardships today and to not live within their means. The euro takes away some of the consequences of over spending. Bad government decisions are spread across the eurozone. In the UK (not part of the eurozone) if the government overspends, then fairly soon it will face the consequences. Like Brazil had to. The countries in the eurozone can behave how they want and know that the other countries will bail them out.

Maybe, the lessons learned in Greece will cause a change in behaviour. Maybe they will do things like set up a system of policing each other, auditing what is happening in each of the countries. Part of the Greece problem was caused because they lied about the amount of debt they had and no one checked. Even if they reject a central policy, they could introduce greater accountability. They could agree on tough consequences for governments who break the rules.

T: Whatever happens, I don’t think Germany will bail out another country. If Portugal follows Greece, I think the German people will just say no and Portugal would be forced to leave the euro. The eurozone would crumble.

So, can the euro survive? If some new rules and tough consequences are introduced, then maybe. But it is far from certain…….