The Hiccups of the Chinese Stock Exchange 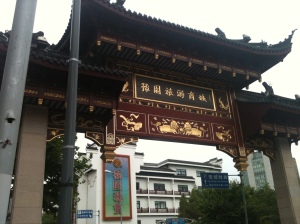 The Chinese economy is growing at 7% per year and has been doing so for a decade. It is a very healthy economy at the moment. Companies are doing well and China now has a good working stock exchange, so it is possible to buy shares in Chinese companies. So should we? Should we be taking advantage of the healthy Chinese economy and investing our money?

However, before you rush out to buy shares in a Chinese company, you need to know that today (July ’15) those same shares would be worth less than £400. The Chinese stock market is crashing. Why? What is happening? Their economy is growing steadily but their stock market seems to have hiccups – big jumps followed by big slumps.

We first need to consider what actually decides the value of a share. Firstly, a share is part ownership of a company – a ‘share’ of the company. So if the company is doing well, the share should be worth more. So if you own 1% of the company (have a 1% share) and that company doubles its income in a year, then you will either receive your share of that profit in a dividend (a cheque in the mail) or your investment is worth more (you can sell it and make a profit.)

So, if the Chinese companies are doing well (which they are) you would expect the shares to be also growing steadily in value. In the long term, this is likely to be true. The steady growth of the companies will be reflected in a steady overall increase in share values. However, in the short term it is more erratic. Why? What else influences share prices?

The second influence on the value of prices is supply and demand. Confidence in the Chinese market pushes up prices of shares. (Refer back to the article on market places if you are unclear on this. Remember, it’s just like ebay. Something that is popular will go up in price.) Global confidence in the Chinese market pushes up share prices. The share prices might even be higher than the value of the company itself.

An example of this (though not a Chinese one) is Uber. In London, only black cabs can be hailed. Regular taxis have to be prebooked. Uber has created an app whereby a customer wanting a taxi can ‘order’ one on their phone. Any taxi who is part of the Uber scheme can respond and pick up the customer. It links taxi drivers and passengers. Excellent idea. I predict the company will do well. Unfortunately for me, lots of other people also think it will do well. That has pushed up the price of its shares, because lots of people see it as a good investment and want to buy them. According to the share price, Uber is worth twice as much as Sainsburys (though Sainsburys is probably worth a lot more as a company.) If I want to make money on the stock exchange, I need to be ‘ahead of the pack’. I need to predict which companies will do well before everyone else does and the price of shares goes up.

Now, the Chinese stock market is unusual because the overwhelming majority of shares are owned by small time Chinese investors. It is a culture that likes to gamble. The share holders are not interested in long term investment, they want short term profit. The Chinese stock market is very new (has grown up in the last five years) so people have not really seen any big ‘crashes’. It is seen as a safe bet. This is a bit like when we bought our first house. We had only ever experienced house prices going up, we assumed that a house was a ‘safe’ investment. It was something of a shock when houses prices plummeted at the end of the 80s.

At the moment, small time investors see the Chinese stock market as a ‘safe’ investment. A lot of people are investing in, gambling on, the stock exchange. The share prices have become driven by rumour and speculation as people try to predict the future value of companies. The stock market has become more linked to crowd behaviour and less to the real value of companies. This explains the hiccups.