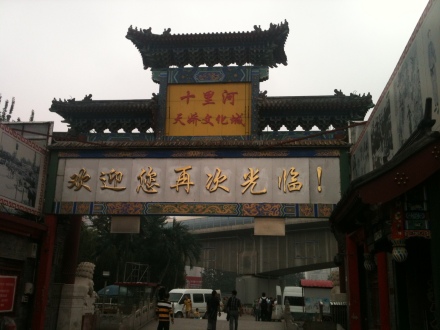 Will the Chinese Economy Collapse? Since I published the article, ‘The Hiccups of the Chinese Stock Exchange’, there have been dramatic changes to the Chinese economy. If you look at share prices, they have dropped by another 20%. On ‘Black Monday’ there was a huge drop in a single day which knocked stock markets around the world and they too lost value. So, could the whole Chinese economy collapse? If it did, what would be the impact on normal people (you and me)?

The Chinese government has taken measures to try and stabilise their economy. They have lowered interest rates and cut the exchange rate. (You will understand how that works from the article ‘Interesting Interest Rates’) However, will it work?

To answer this, we need to understand a little about China. Firstly, it is huge. Look at an atlas (okay, google maps). It owns a massive amount of land. Secondly, there are loads of Chinese people. Loads. This means that what China does is slightly different to the rest of the world, an elephant moves differently to an ant.

If we go back twenty-five years, the idea that China could totally collapse was a real possibility. Why? Well, have a look at what all those Chinese people do, how they live. In the past, when there were 1.1 billion people in China, 800 million of them lived on farms. They were subsistence farmers, surviving on what they could grow. Think about it, that was one sixth of the world’s population, living in rural China, dependent on their own piece of land for survival. This made for a very unstable country. If there had been a drought, for example, 800 million people would have up sticks and moved. Imagine if they had rioted! This would create something of a crowd control problem.

Now, that didn’t happen and since that time, China has been increasing industrial development and urbanising such that today under half of its population lives in rural communities. (That is still 10% of the world’s population but it is significantly less than it was.) This makes the country more stable, there are more safety nets if there is a disaster.

As an interesting aside, if you look at world poverty, China, through urbanisation, has done more to move more people out of poverty than any single aid agency. You might not agree with how that has been achieved but it still makes for an interesting fact.

So, if we go back to our original point, will China collapse, then no. A complete melt down now seems unlikely. Okay, but could it still have a serious wobble? Could they be heading for a massive recession? Could the Greece thing happen but on a hugely magnified scale? Could the growth of the last 15 years come to a grinding halt?

Well, let’s look for a minute at how that growth came about. Firstly, China has a stable government. Again, you might not like the way it runs the country, but it is stable and that is good. That government has incentivised the massive population so that they leave their little rural areas and move to the cities. They have encouraged people to start businesses, to be entrepreneurs. They have unlocked innovation and allowed huge growth. They have done this by largely ignoring: the environment, human rights, health and safety. You might think the costs are too high. But it worked. The Chinese economy grew very large very fast. At least, it worked in the short term. However, there are weaknesses.

The weakness can be seen if you take a train ride from Beijing to Shanghai. You will pass empty city after empty city. All the infra structure is in place, massive stations, sky scrapers, office blocks, housing, roads, electricity. But no people. They are like ghost towns. Why?

Well, the local governments have had a policy that “if we build it, they will come”. They have built cities and when they are complete, people have moved from the rural areas and opened business, run factories, made money. They have filled the cities with tax paying workers, that tax has been used to pay back the loans from the banks, everyone is happy. It fueled development on a huge scale. It was also like a lot of spinning plates, if you could keep them spinning it was great, if they start to slow down you have a problem. The plates are beginning to slow down.

In 2008, the UK had a banking crisis which led to a recession. People lost jobs, businesses stopped growing and so stopped recruiting (even good graduates could not find work anywhere, it was bit of a shock!) The housing market slumped, people had less money. It was an uncomfortable time, one we are still recovering from, but the country did not collapse. At the same time, in Ireland, they had a bigger banking crisis and there was a much bigger recession. Their economy collapsed and the IMF had to bail them out.

Now, my guess is that China will be more like the UK in recession than like Ireland. It has not, as a country, borrowed much from other countries, it is fairly self-sufficient. They do buy a lot of raw materials, which will impact the markets, some stock exchanges may have a dip. However, we will not see a disaster like Greece has seen. Which is good because on the scale that China is, that would be devastating. 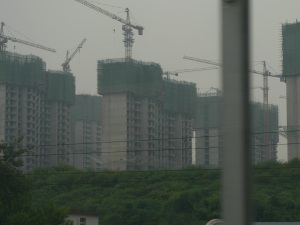