We had planned a family holiday for the last two weeks of August. As the date grew nearer, the whole of Europe was gripped in a heatwave. We watched as temperatures in Portugal went over 40, and saw wild fires on the news. All rather a worry.

We met R at the airport. J had been helpfully sending her updates on our progress (wrong airport, earlier flight, left already) but we managed to meet her at the bag drop.

All good with the flight. I sat next to M/factoid boy, and therefore knew lots of facts about Portugal by the time we arrived. Some of these were interesting, for example, did you know that the Romans called the region known as France and Spain ‘Gaul’ and we were going to the area that was the main port, hence ‘Port-o-Gaul’? Or that, an exploring nation, the Portuguese discovered Newfoundland? However, after trying to establish a colony there they left, saying there was ‘nothing there’—hence name ‘Ca nada’.

We collected a car (smaller than expected) and drove to Sheraton Hotel in Porto. The hotel has a glass lift. It was quite noisy when my family went up in it.

We walked to the metro. Buying tickets was slightly more complicated than we first thought, as ‘number of tickets’ means number of journeys on a single ticket, not number of tickets. Once we had sussed that, it was very easy, though I’m not sure my family was the fastest user of the automatic ticket machines. We caught a train to the old part of Porto.

We ate ice-creams in Freedom Square. Factoid Boy ate custard tart, as this is apparently a traditional food in Portugal. We then wandered around, taking in the atmosphere. There were lots of cool designs done in tiles, especially the railway station (Sao Bento Station). It was built in 1916 (most of Europe was too busy that year to build fancy stations with tiled patterns).

Finally ate at A Despensa—a lovely Italian restaurant. It had a great atmosphere, and we all like Italian food. The only problem was the washrooms, which were gender specific but only inside the door.

Metro back to the hotel. Rather tense discussion about what time we would meet for breakfast. Went to bed, slept well. Holiday going well so far.

Thank you for reading. I’ll post another instalment of our family holiday diary soon. Why not sign up to follow my blog so you don’t miss it? 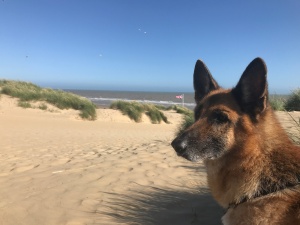 One thought on “Portugal”