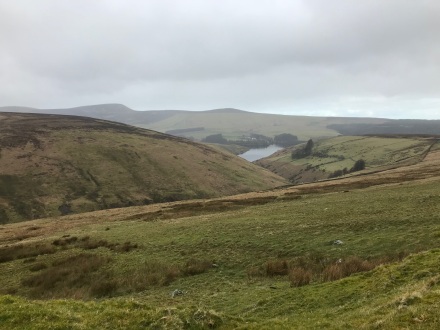 The Island Continued
Have you managed to guess the name of the island we visited? Here are some more clues.

I was interested by the history of the island, knowing that it has a mixture of Celtic and Viking heritage, and is currently protected by the UK, but is not part of it (and has never been part of the EU). The island is owned by the Crown, and has its own Parliament.

I followed signs from the main shopping street to the museum. The sign implied (not sure how, but it did) that the museum was tucked just behind the shops. This was not true. I followed a long succession of signs, up a hill, to an entrance with some steps which looked exactly like the pedestrian entrance to a car park (though they smelt better). A sign told me the museum could be found at level 9. Unexpected. I began to climb.

I walked up the car-park-like steps until I emerged (at level 8, as level 9 did not exist) in. . . a car park! I almost gave up, but another sign directed me through the cars, over a narrow footbridge until I reached a red brick museum. I was greeted at the door by a friendly man, who had a big smile and the curliest hair I have ever seen, sort of piled onto the top of his head like one of those artificial-looking wigs that clowns wear. I was glad Husband was safely at work, because I just knew he would comment. The museum was free, and I was given a map, and directed through the first doorway.

The museum started badly (other than the storybook man at the door) with displays of art. The next room had glass cases of coins, and other old stuff, followed by long explanations about the geology of the island. I remembered that I don’t like museums, and wondered how I could sneak past the friendly man without being noticed. Sat on a leather seat and pondered problem, decided that there was no way I was brave enough to leave after 3 minutes, and continued into the heart of the museum. Here I was greeted by Vikings, but even these managed to look bland.

Now, I’m not a fan of museums—too much reading of boards to learn facts I am not interested in—but most museums today manage to mix some story in with their facts, and I was pleased to discover that this was no exception. I rounded a corner, and was directed up the gangplank of an ancient ferry from Liverpool, past portholes showing glimpses of a former life, trunks and suitcases piled high, a man’s voice announcing the imminent departure of the boat; then down the other side onto a beach from yesteryear. There was a horse-pulled tram, and bathing huts that could be wheeled onto the beach. I left via huge displays showing adverts for ice-creams and drinks, which were shocking when viewed with modern eyes.

I also enjoyed the displays about the war, with a walk-through trench. Photos and displays showed how the island was used to house prisoners of war. There was no purpose-built prison, and initially the prisoners were housed in the properties that lined the beach, with barbed wire to stop them leaving. Later, they were moved to a ‘camp’ with tents, and these were replaced with sheds when the weather turned too cold. Above the displays was a huge mine, menacing in both its size and position.

Another part of the island’s history can be found at St. John’s. Here there is a tiered grassy mound, and a flag-lined area leading to the church. A standing stone explains that this is ‘Tynwald Hill’ and is Viking in origin, the Norse: Thing vollr meaning ‘Parliament Hill’. Each year on old Midsummer Day, the island’s parliament meets and all new laws are proclaimed.

There is also a Parliament building, where they meet during the rest of the year. But it doesn’t look at all interesting, so we will leave it at St. John’s.

I’m sure you will know the name of the island now—if not, read my next post.
I hope you have an interesting day. Thank you for reading.
Take care.
Love, Anne x

One thought on “The Island Continued”